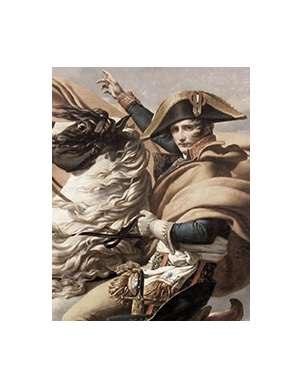 In the first film of the series; about Napoleon’s meal, there are a couple of things I will do.
I want the food images to feel visceral and grubby. Napoleon was a dirty fighter, a revolutionary and an egotist. I love the idea of portraying his last meal as something dirty; filth amongst the lace and frills of the time, the last meal of a soldier who cares nothing for the pomp and chatter of political life.

I also intend to illustrate one of Napoleons quotes within the film, and to make it much more important than the meal itself. Napoleon said “If you wish to be a success in the world, promise everything, deliver nothing”. He is having a pop at politicians I think, with a phrase more meaningful now than ever. I want to make it so that when you watch the film, you read the quote more than look at the food.

He is also (dubiously) credited with coming up with the longest palindrome known to man, after his banishment to the Island of Elba.