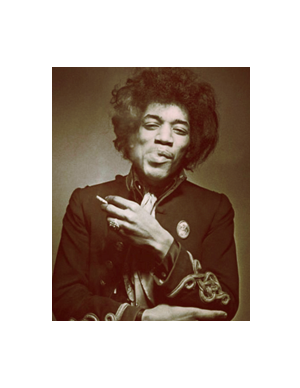 My Jimi Hendrix’s Last Supper film is going to be a little thing, a single shot with just a tiny dose of Hendrix in it. What appealed to me was the soundtrack; a piece of non-typical Hendrix just the right shape and size to fit a Tuna Sandwich.

Interesting Hendrix facts…
As a child he was inseparable from a broom-handle that he carried around as a pretend guitar. His social worker advised that leaving the boy Hendrix without a guitar might result in psychological damage.

In London he lived in the same building as Handel and listened to his music; two musical geniuses living in a foreign country separated by 250 years.