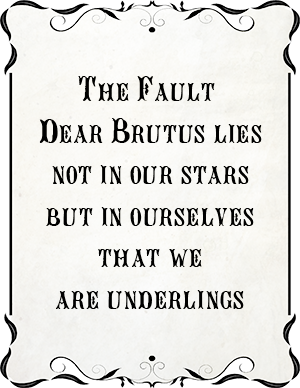 Julius Caesar was knifed 23 times by members of his senate. It was a carefully planned mutiny and execution, orchestrated to prevent history from appointing any single senator as a scapegoat or martyr to his murder.

But the act itself must have been brutal and emotionally charged… a vicious and dramatic action committed by otherwise mild-mannered thinking men. In a blindly link-less homage to that thought I decided to make Caesars Last Supper film with many of my own slashing edits and cuts; for a fast paced, high octane and (if possible in film about a plate of dinner), emotional journey.